The Fresh Milk Art Platform is pleased to present FRESH MILK XVIII, taking place on Thursday, November 26, 2015 from 6-9 pm. The event will feature Danish artists Maj Hasager and Ask Kæreby who are in residence at Fresh Milk for the month of November. Maj will be in conversation about her recent publication Making Visible with Barbados-based curator Therese Hadchity, while Ask will make a presentation about his work in experimental sound art and speak about the workshops he has been conducting at Fresh Milk.

Also on the platform will be members from local company Beyond Publishing, who will be speaking about self-publishing in the graphic novel industry in Barbados.

This event is free and open to the public. Limited numbers of Making Visible will be on sale, as well as graphic novels and t-shirts by Beyond Publishing.

Directions to Fresh Milk can be found on the ‘About Page’ of our website here.

About the featured speakers:

Maj Hasager is a Danish artist and filmmaker based in Copenhagen, Denmark. She studied photography and fine art in Denmark, Sweden and the UK, earning an MFA from Malmö Art Academy, Sweden. Her work deals with power structures, identity, memory, the construction of history, and architecture, looking at how these interlinked phenomena are interpreted and represented culturally and spatially. Her artistic approach is research-based and interdisciplinary, and she works predominantly with text, sound, video and photography. The recent years Hasager has used oral history interview techniques as a method for accumulating information relating to personal stories, a site, and historical or political matters. It allows the material to unfold itself through different voices and from different perspectives and functions as a way of mapping an area or a context. Often these interviews lay the ground for the way she makes use of narrative forms and fictional writing as a tool to address personal stories in the context of socio-political matters.

She has exhibited her work internationally in events and institutions such as; Society Acts, Moderna Museet Malmö (2014), A voice of ones own, Malmö Konstmuseum (2014), Community works, Cleveland Institute of Art, 2014; Past Upon Past, Red Barn Photo Gallery, Belfast, Ireland (2013), Decembers, LAZNIA Centre for Contemporary Art, Gdańsk, Poland (2012), Liverpool Biennial, UK (2010). She has been awarded grants in support of her work from the Danish ArtsCouncil, The Danish Arts Foundation, Arab Fund for Arts and Culture (Beirut, Lebanon), ArtSchool Palestine, Danish Centre for Culture and Development and the Danish Arts Agency. She is the programme director of Critical and Pedagogical studies at Malmö Art Academy, and is a guest lecturer at the International Academy of Art – Palestine, Dar al-Kalima College, Bethlehem and University of Ulster, Belfast. 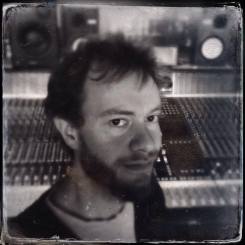 Ask Kæreby is a Danish composer. He studied music production in Copenhagen, earning a MMus degree from The Royal Danish Academy of Music.

Kæreby’s artistic practice is interdisciplinary and research-based, including elements of experimental composition, sound design and electroacoustic music. He is interested in the presentation of narratives by means of sound – not through traditional musical gestures, but using different approaches such as musique concrète or the futurists’ bruitism. Working in the intersection between known formats, Kæreby wishes to challenge our ways of listening – to music (live as well as recorded), to our surroundings and to (sonic) art. 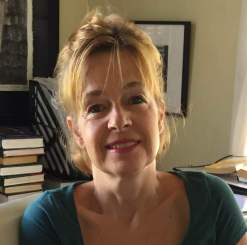 Therese Hadchity is an independent art critic, curator and teacher based in Barbados. She was the owner/curator of the Zemicon Gallery in Bridgetown from 2000-2010. She has authored numerous catalogue-essays on Barbadian art and artists, including Ras Akyem Ramsay, Ras Ishi Butcher, Nick Whittle, Winston Kellman, Ewan Atkinson, Alison Chapman-Andrews and Eric Belgrave. Her current research-interest is in the impact of the transition from anti-colonial nationalism to post-colonial anti-nationalism on visual arts conversations in the Anglophone Caribbean.

For many people a comic book or graphic novel was one of the first fun, casual reading experiences, filled with various themes of heroics, bravado and thrill. They provide an imaginative escape from reality and may reinforce or shape cultural values through various themes.

Comics and animation have mostly been imported into the region, and as a result we have rarely seen the Caribbean experience or our own identity in this format. Although the group is relatively new, Beyond Publishing has made promising strides and has published 7 individual titles to date.

Beyond Publishing focuses on comics and graphic novels in digital or print media, showcasing stories with a Barbadian or Caribbean flavour through several genres: comedy, adventure, education and drama.

Beyond Publishing has won the following awards for their work: